Trending Now: The Dos and Don'ts of Sneakers

A while back, I published a "trend alert" about Wedge Sneakers. It soon became the blog’s most viewed post. Women of the world shouted hurray for comfort! Months later, the wedge sneaker is still a must-have accessory, perfect for the fast approaching fall weather. Recently however, I’ve been spotting a new version of the trend  *drum roll*  Ze Sneaker. I’m not talking Isabel Marant here, I’m talking Nike, Adidas... the classics! Many of you are thinking “Whoa, we were on board with the wedge, but gym shoes ain’t sexy!” I assure you ladies that once you’ve seen the following pics, you’ll be running out to get a pair.

Here are my dos and don’ts regarding sneaker wear:  1) Your gym shoes and your fashion statement should not be one and the same. Leave the sole support in your locker  2) Go for a thinner, sleeker shoe. They will pair up perfectly with a skinny jean  3) Don’t be shy to roll up your pants and show off a little ankle  4) Don’t rock a skirt with this look. Now’s the time to showcase your androgynous side and play up your femininity with simple pink lips, loose curls and full lashes  5) Don’t downgrade your accessories. Bring out your favourite oversized purse, manicured white nails, and sexy shades.


﻿This weekend was my sister in law's wedding. I carefully packed my bags, excited at the idea of wearing my new BCBG dress, my epic new necklace… my sky high heels… That is until, my husband forgot my luggage and I was left 150 miles away from clean underwear and my new goods. No deodorant, people! No shoes for the wedding! I’m convinced this is a girl’s worst fashion nightmare…

I guess there are worst things than having to buy new makeup, shoes and undies… Here are my go-to beauty products – all fresh and new! 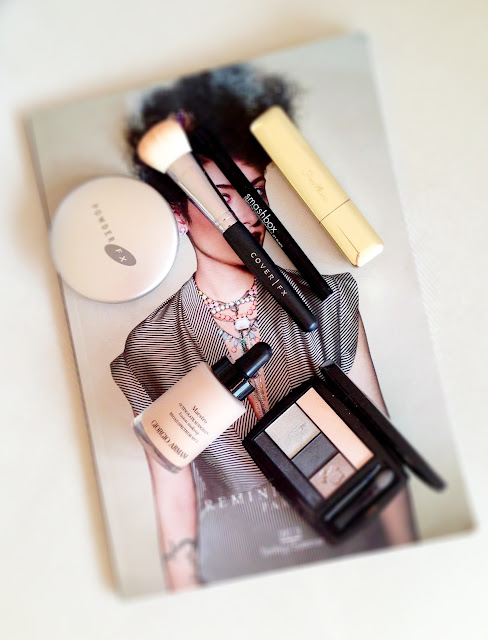 Several months ago, I went to a gallery opening...


The atmosphere is electric; the crowd is great... the art is even better! I’m in my element. An acquaintance turns to me and says “Emily! Meet (let’s call her Olivia)” “Olivia! This is Emily. She has a great blog about art and fashion.” Icebreaker! I’m digging it. Olivia raises her eyebrows ever so slightly: “Oh my. Art annnnd fashion?” Her eyebrows rise up a notch. “I’d never dare. Aren’t you scared to lose credibility? I mean, we all like fashion and makeup, but to say it out loud is... well...” She sips her wine and bats her eyelashes. I smile and think Whatever, I rock. At the time, I don’t remember being particularly frazzled by this statement, but it’s the kind of comment that slowly grows until it forms a small cloud of self doubt...


I suppose I thought that coming out in the open might create an interesting discussion. Am I the only one that feels this way? And while I’m at it, you know what? I like Macklemore’s song Thrift Shop. I don’t care what people say! It’s catchy and hilarious. And my toenails are blue. And I buy more art than I have wall space. And I also buy sandals, like this epic pair from Zara: 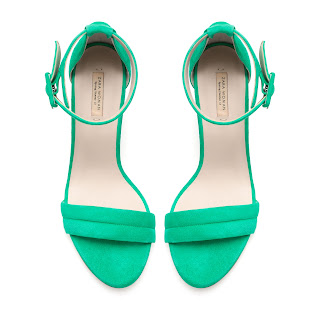 I absolutely needed to share this HI-LA-RI-OUS article D sent me a while back, which documents how Peeps are made. I am a big Peeps fan – not so much because of their taste, but mostly because they are so cute slash creepy. (Ahhh... the unique but thrilling combination of cute/creepy; a rare gift!)


Cute fact: did you know that Peeps were created in 1953? And that 2 BILLION Peeps are produced every year? Creepy fact: Peeps are insoluble in acetone or water. Ish. Now that’s food for thought. 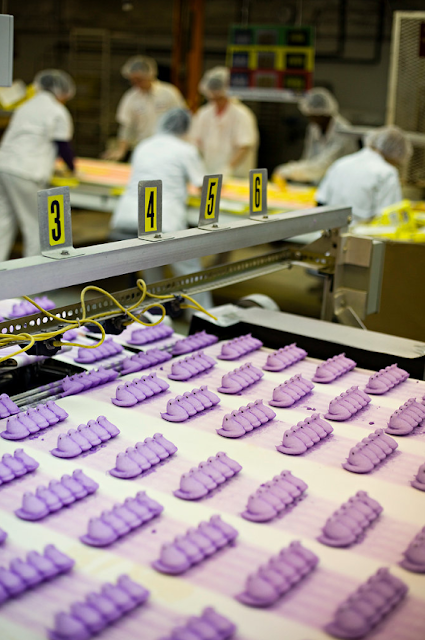 Purple Peeps on the conveyor belt.
All photographs by Nicolas Koenig for The New York Times
According to The New York Times, “It takes six minutes to make a Peep. Ingredients are mixed, air is injected and the emerging Peep is blasted with a sugar shower and decorated with two tiny eyes made of edible wax.” 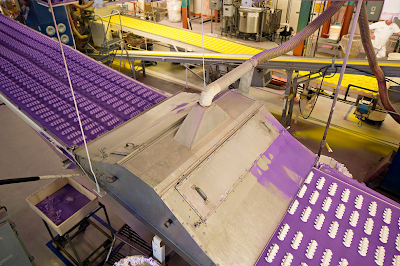 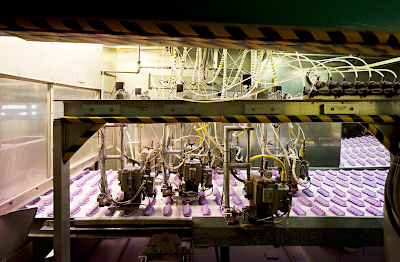 ‘‘No one Peeps chick is the same as another,’’ claims Matthew Pye, the company’s marketing director. ‘‘Each one has its own personality.’’ 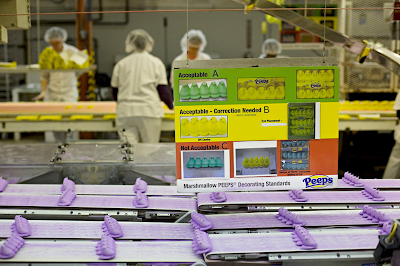 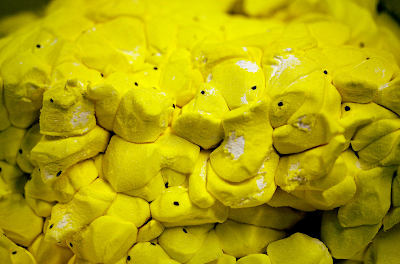 
Peep away; I want to her from you! What’s your guilty pleasure?